We ship to the USA,UK, EU, Canada

Human growth hormone, or HGH, is a natural hormone that regulates many crucial functions in the body. These functions include overall growth, especially muscle growth.

They also include cell production and regeneration. Finally, HGH controls the metabolism of proteins, fats, and carbs. 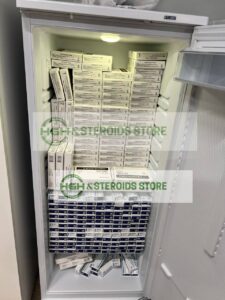